How can we help you today?

The TabletForms Designer enables you to design and create your own forms.

Form Name: Name of the form as it is displayed in the app and portal

Preview button: Creates a preview of the form based on the the last saved version

Save button: Saves the changes made to the form

Field Types fields: Multiple types of input fields which can be drag and dropped in the designer area

Layout Types fields: Multiple types of layout fields which can be drag and dropped in the designer area 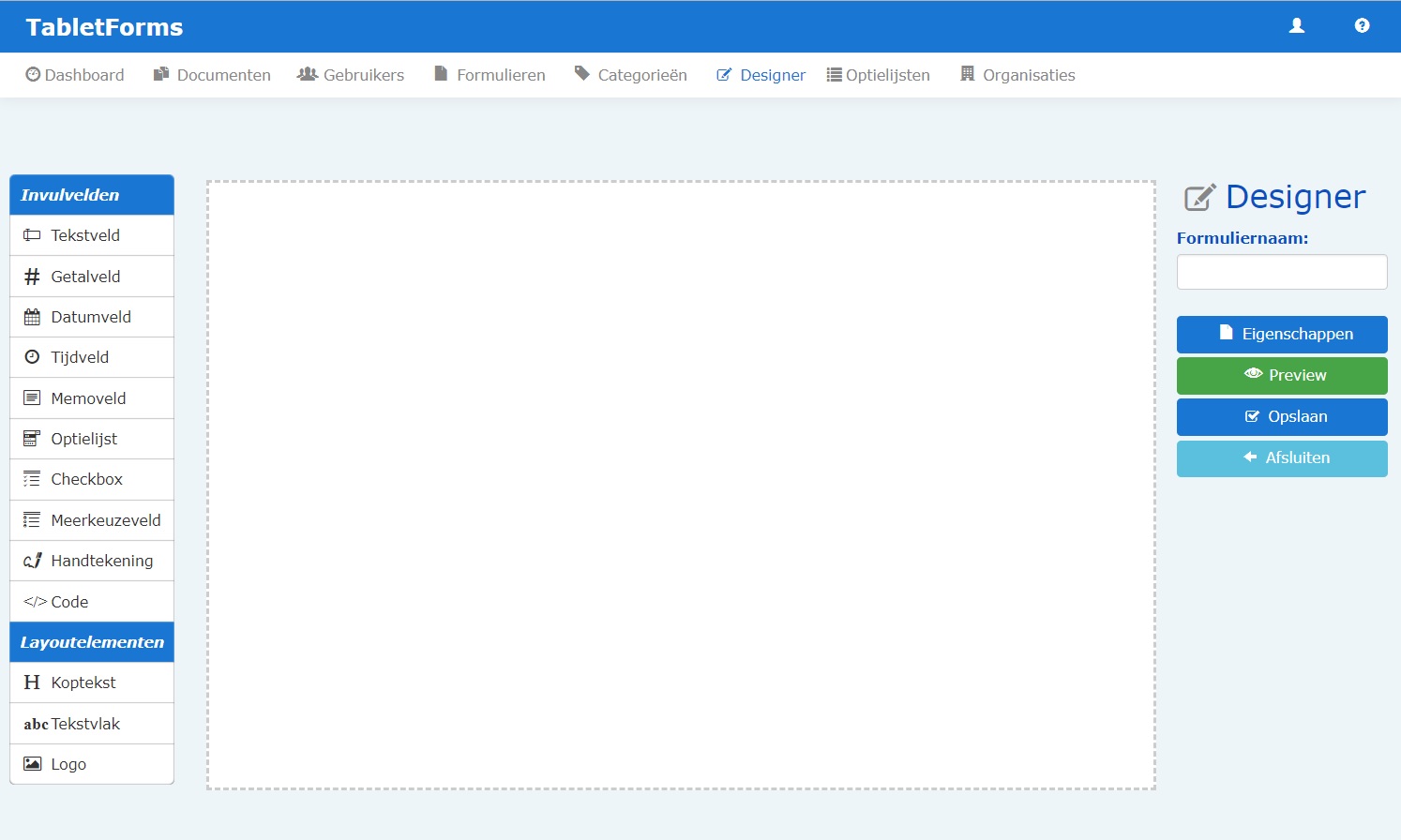 The submit form button closes the form and submits it to the server where the selected workflow is started. Should the form contain empty mandatory fields, a notification will appear and the form will not be closed/submitted.

Select this button to open the photo attachment screen. Six photo's can be added to the form and by selecting the photo a window is displayed where you can draw on the image. Each photo's name can also be altered which also affects the name of the attachments in the workflow.

The close form button saves all made changes but does not submit the form so that it can be opend and completed further at a later moment. Closing the form does not start the workflow.

Did you find it helpful? Yes No

Send feedback
Sorry we couldn't be helpful. Help us improve this article with your feedback.